Conventional open surgery entails cutting open the body at the required place (cut size varying from 3 – 30cm) and doing surgery under direct vision. In contrast as stated by Best urology doctors in Lucknow laparoscopy / keyhole surgery is a method of performing abdominal surgery in which few puncture holes are made at designated places in abdomen and procedure performed using fine instruments (diameter 5mm) under magnified view of HD telescope. 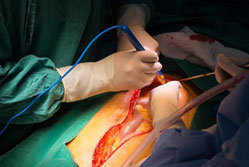 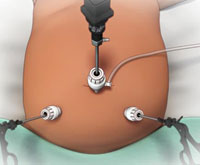 Having discussed that, one must understand that in addition to technology, an experienced team of experts of Laparoscopic surgery doctors in Lucknow doing these types of surgeries are imperative to have these advantages of laparoscopic surgery compared to open surgery.

Moreover, one must understand that laparoscopy is not a no-complication surgery. No Laparoscopic surgeon in Lucknow would want to cause harm to his / her patient and safety is of utmost priority. Unwanted side effects may happen with any approach to surgery whether open or laparoscopic. Furthermore, certain complications are inherent to surgical procedure rather than the approach to surgery; e.g. pneumonia, clotting of blood in the legs, heart dysfunction, delayed bowel movement, vascular bleeding etc.